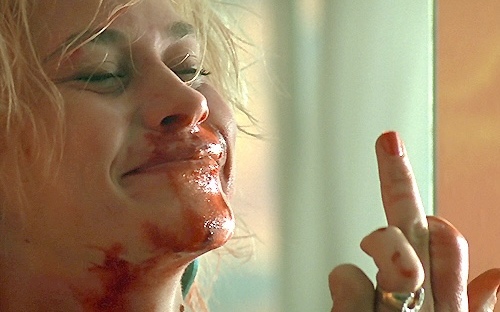 When I win my Oscar for best screenplay and give my speech; I would love to say “and last of all, I’d like to thank my husband for not giving a shit.”

Despite how it sounds, I mean this in a good way. By his “not giving a shit” or being “too tired right now” is actually helpful. My anger at him forces me to figure it out myself. When I do, my self-esteem sky rockets. I am no longer mad at him because I am too empowered; but not in a self-righteous kind of way. Like in a “men and women are equal” way.

Whenever I ask my husband for help, it is like an imaginary tennis match. He takes his pretend racket (tongue-on-roof-of-mouth-click-sound effect) and just hits that request right back to me. My rebuttal (tongue-click) back to him. This continues the longer I debate and the longer the match. Kinda like this: https://www.instagram.com/p/B-e3V7MDtMi/?igshid=z3swsvcatt03

I hate asking for help and I’m not a damsel-in-distress type of chic. I do not need or want to be taken care of or to be saved. (It does feel nice to think about it, perhaps my stubborn pride gets in the way.) When he does offer suggestions or the “right” way of doing things; he is met with a straight up tirade of obscenities. Therefore, deep down I must really not want him to help me.

Or…I would rather do it myself than deal with this:👇🏻

My old man is the most tired man in America; he works three jobs; so it’s understandable why he is exhausted. However, it was kinda weird that was able to stay up through rain delays until 1:45am when the Cubs won the World Series. Miraculously, he was still able to get up for work at 5am the next day. But…that’s another story…😂

So I live my life expecting him not to come back, but he keeps showing back up to sleep, eat and watch sports here so now what? 😜 I work full time as well and handle everything at home with kids such as an being an Unpaid Uber driver, bank teller, chef, grocery shopper , scheduler, drama processor… I’m TIRED!….

I know that he knows it’s difficult at home and more difficult than what he does because my situation is unpredictable. He will never admit it. It’s not black and white how he likes. I hate things that are black and white except movies. Being at home plus working is all mutha effin gray. Kids and teens are unpredictable. You never know what you’re going to get.

Anyways, Our most recent endeavor. About a month ago, our washing machine stopped working. It’s a LG High Efficiency washer, equipped with smart diagnosis. This means that I can connect my IPhone to the washer and it can diagnose what’s wrong. My washer continued to display “IE”. He has an Android, I have an iPhone which probably contributed to his feelings of inadequacy. 😂

In the manual, “IE” means that you have to clean out the water inlet valve, Manual says to clean inlet valve monthly. I know we have NEVER done this. So I asked my old man to do it. He didn’t feel like fixing it right now which led to the “tennis match”.

While sitting on the couch, he told me to call the repairman we used for the dishwasher. The woman who answered the phone asked me what was wrong and I told her.

She replied, “Yea, that Washing machine brand isn’t the greatest. That code means you need to clean out the water inlet valve”. I said “Like I know what that is or how to do that, thats why I’m calling you.” (Whorebag, in my head)

So she calls me back and said she can get me in on Saturday between 12pm-4pm.

Me: “Ummm that’s four days from now, you have nothing sooner?” Whorebag: “Nope. Mmm-mmm. No. We will call you the day before AND the morning of to confirm.”

I confirmed the service call from the know-it-all, condescending lady Friday night and Saturday morning. Shocker: Husband is too busy to wait for fix it guy. We go out to breakfast because we have nothing else to do. I overeat carbs to feed my resentment, he leaves. Then on my day off, in the middle of a Saturday afternoon, I have to wait. Me sitting on the couch, after a large, carby meal and doing nothing but waiting is not a normal situation and unfortunately, I fall asleep.

Three unanswered calls later from the fix it guy, I missed my repair window. His voicemail:

“Yea, since you aren’t answering the phone, I am not wasting a 20-minute trip since you are my only call out there today.” Me: Ew. Wasting his time? Who the hell does this guy think he is?

Me: (Furiously calling him back-but I get the awful lady 😫) Me: “I thought after I confirmed three times, he would just show up. I left a note on the front door for him to just come in. I missed his call but I have been here waiting.”

Know-It-All-Lady: “Yea, no, he’s too busy. If you missed his calls, then we have to reschedule. Where were you anyway?”

Me: (wtf-now who does SHE think she is?) “Where was I? I was home, sitting here waiting, doing nothing. I never do that so I fell asleep.”

She says it in that shocked, angry, judgmental how-dare-you tone like Rachel says to Ross after she rambles for 18 pages… .Front and back

Now if my husband dozed off on the couch, this would completely accepted and understandable. For a woman to fall asleep-Unheard of. This woman should know how tired women are in general as a species; this is a complete betrayal.

Me: “Well, I think it’s ridiculous that you guys make me wait four days for this appointment. Despite my confirming both calls and wait on my day off on this beautiful Saturday afternoon. His time is too valuable to drive here? I’m sorry my shitty machine isn’t worth his time. I’ll call another company.” She began to talk and hung up on her. (Damn that felt good)

So… I have had a hell of a time finding someone to fix this thing; but I REFUSE to call that company back. I really do not enjoy cleaning my cleaning appliances. 😂 I swallowed my pride, watched some you tube how-to’s DIY fix it videos and did it.

Yea, I fixed it. It cost NOTHING. I’m a bad ass. I’m muthafuckin Charlie Bronson. I’ll tell the old man the guy came out and fixed it. He won’t question a thing. I win, kinda. However if I said I fixed it…you know what will happen. Tons of questions, skepticism and he still won’t admit it. That’s all I really want. So who really wins? 😂

In the end, I know how to fix the washing machine. I know what a water inlet valve is and what a pair of pliers is. I don’t need him to admit it. I’m not even mad anymore. The irrational thoughts have left and I’m left with realizing this was about a stupid, replaceable washing machine. As much as I hate his guts in the moment, I realize now I’m doing the same thing he is doing. Everything I say about him, he could say about me. He handles stuff I don’t think about. I don’t give a shit either. 😂

However,👇🏻Admitting it is sexy, I hope men don’t wait until they are this old to see the truth.

Off topic: See the best of Floyd: I still laugh 18 years later

I have always enjoyed writing and laughing, even as a kid. I love dialogue in movies and the power of words. I discovered my ability for writing in high school and did not consider it a "talent" until a few of my friends in my class brought it to my attention during essay tests. They would witness me writing away on a test and slap me and say "What are you writing? How do you know how to answer this? How do you have so much written so far?" I would laugh and shrug my shoulders. I was a terrible student yet writing was one of those things "I could just do somehow". In grad school I wrote a project for my group dynamics class and it was like writing a screenplay; hours went by like minutes. I was obsessed with working on it and became completely in the flow, lost in the story. My mom read it and was laughing hysterically, which made me beam with pride. After this project, writing became my passion. I have found writing as a therapeutic outlet for me as well since I am a mom, a Licensed Clinical Professional Counselor (LCPC) and a health/wellness coach. I finally finished my first novel, a fictional coming of age story, which is loosely based on my family and our funny and not so funny experiences. My novel is about growing up on the south side of Chicago and the mentality that comes along with it; or maybe it's just me. I struggled for years with the fear of "putting myself out there" and worrying what people think until I realized that unless you put yourself out there, you will remain invisible in this world. A South Side Story is now available on paperback and kindle through Amazon and Barnes and Noble. Quillan Kelly-Dunn is my pen name. A South Side Story https://www.amazon.com/dp/1548863572/ref=cm_sw_r_cp_api_LKoBAbNE0ZJND View all posts by quillankellydunn