For about ten years, things were great with our team. We became a little family. We embraced each other’s idiosyncrasies. We invited our spouses and kids to our quarterly get together’s. MF invited all of us to her husband’s 50th party because all he wanted for his birthday was to “jam.” I had never been to a party where they had a real band in the backyard equipped with stage, dance floor, microphone, and instruments. MF’s brothers and brother-in-laws all were musically gifted as well. They all performed and sang on stage, even MF, her husband, her kids. It was by far, the coolest party I had ever attended.

I had planned on sleeping over so I was lucky enough to witness a real “acuostic jam session” between MF, her brothers, sister, nephews, nieces, and her kids etc. Everyone was enjoying drinks and were sitting around with their instruments.  MF nephew asked her if she had heard of the song, “Angel of Montgomery” By John Prine, sang by Bonnie Raitt. MF replied “Kinda”. He said, “All right, Let’s do it.” Her nephew handed her a notebook with the lyrics written inside. All of MF brother’s, nephews etc began playing as if they rehearsed this everyday; which they didn’t. They all had regular jobs but played music for enjoyment.

I always knew MF was a good singer, however, I had never expected to witness what I did that night. I hate to sound like Stepbrothers, but honestly, she did sound like a combination of Fergie and Jesus; as if Bonnie Raitt or the Angel of Montgomery herself was in the room. It was fascinating to watch.  When she was done singing and the guys were all done playing, everyone seemed to say “Whhooooaa” simultaneously.

Soon after, MF’s husband hurt his back really badly while landscaping, his mother died of Alzheimer’s and his business fell apart. He was unemployed and lost.  Meanwhile, their son was approaching high school graduation and becoming a legal adult, which was setting MF and her husband into a tailspin of anxiety and concern about his future. It did not help that MF was going through menopause and this seemed to trigger a new onset of mood disturbance symptoms. She could not sleep, she would fly off the handle and at times it was as if she could not stop talking. One day I teased her and asked her how much coffee she had that day. When she asked Why, I told her she reminded me of Kramer from Seinfeld when he drank too many cafe latte’s. That didn’t go over well 😬. 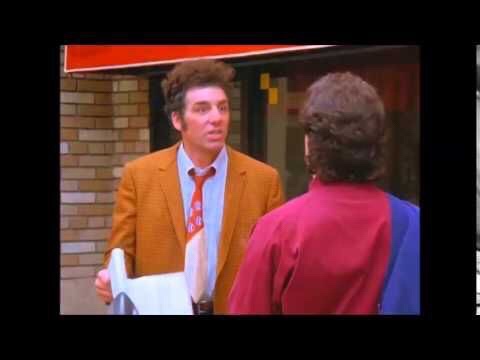 Thankfully, the Doctor and Rokstar could always get MF laughing no matter what was going on; usually by taking a break and watching a few SNL clips or Thug Life videos. Of course her flying off the handle led to some comical stories. MF would often to refer to herself as a “Straight up Ridah” inspired by “Ambitionz of a Ridah” by Tupac.

Our personal favorite “Ridah” story was when MF got into a debate with a bad ass, hilarious, six foot tall Amazon woman at work. At our next party, the two of them decided to settle this debate by agreeing to disagree and then by having a “dance off”.  Both tenacious women claimed they won and it was an event we still laugh about, mainly because of the “Ridah’s” perspective and comments about it.

Following the dance off party, MF was doing well again for a while, until her family was struck by another tragedy. Her niece that she was extremely close to,  lost her 10 day old full term newborn. Understandably, MF fell apart again, and it seemed to take her much longer to bounce back. This seemed to break her heart and spirit more than anything else ever had. Seeing a beautiful, angelic baby in a bassinet/casket is something that no one should have to witness and it is a traumatizing sight. It is one of those things I deeply wish I could “unsee” because that image is burned in my brain. I cannot fathom the pain that  MF, her family or this baby’s mother had to endure.

One day MF conveyed to us that she finally found comfort from the tragedy in the bible verse Matthew 10:29, 31. It was difficult for her to see God’s plan this time through the baby dying, however her faith helped her find peace. I still was detached from my faith so I ignorantly teased her for being a “Bible Person”. When she explained it to me, I hated to admit it made sense but I had not yet made my peace with God and everything tragic that seemed to happen in this world just kept my resistance alive.

After this incident, MF’s husband to seem to spiral out of control. It seemed he could not cope with the severe back pain, the financial pressure of losing his business, his autistic son’s future, his daughter’s college career and then his wife’s grief and depression. MF was struggling with her husband’s episode because he was always the rock that kept her and her son together. His patience with his son was limitless and MF would frequently say that he has the patience of a saint. However since her husband was self employed, worked alone at home, he did not have time for many friends or a support system of coworkers as MF did.

Rokstar was very concerned when MF did not show up for work February 8th, 2016 and she was not responding to texts or phone calls. Rokstar, The Doctor and I were talking on the phone together three way and we decided that we should stop over at her house to make sure everything was okay. It was snowing and we were thinking something may have happened with their power. Deep down, we all knew something was wrong but unsure what happened.

No one answered the door, it was eerily dark and quiet until the dog started barking. The Doctor called the police on her home phone while the three of us remained on our cell phones together. We all had a sick, nauseous, trembling feeling. The police would not disclose anything to Rokstar and myself except that there was someone deceased in the home and that they would contact us once the identity confirmed.

One can only speculate why MF, her 18 year old son and her husband were found dead in their home. One can only guess what happened based on the information that is known. Ironically I found peace and comfort in “Don’t be afraid, you are more valuable to God than a whole flock of sparrows.” One thing I do know is that when you have a a friend that you love, you do not want to see them in pain. I do believe she is no longer afraid and in pain anymore and does not have to worry about her son’s future because she is right next to him. Additionally, she would be going ballistic everyday if she were here to see Trump president😂.

By the grace of God, their daughter took some time off but eventually graduated from college and sings everyday. MF’s strength lives on in her daughter’s heart, soul and voice. #margaretstrong